This is my little step-sister on her 18th birthday, 2 years ago this coming Monday.

Dad started a tradition with me, which he followed up with my brother, where he bought my first legal drink. Since Rhiannon was basically his adopted daughter, naturally he wanted to do the same with her.
We drove down to The Breakwater, watched the sunset and Dad bought Rhiannon some ridiculous cocktail. We all giggled like school children as we clinked and cheers-ed, and joked that Rhiannon’s nickname of “Juvie” would stick no matter how old she got.

I wish we knew that this was as old as she would ever get.
Only two months after this photo was taken, we lost her.

Since that horrible day, a new tradition has begun. Rhiannon’s cousin Jess, five of her closest friends and I begun catching up and remembering her. These girls have had such a tough run, but through it all they are resilient, loyal to one another and never stop sharing their love.
Last year, around this time, they organised for a huge group of Rhiannon’s friends to head down to City Beach for a picnic to celebrate her birthday.
Katie brought her present, and we released 19 pink balloons into the sky for our girl’s 19th birthday. 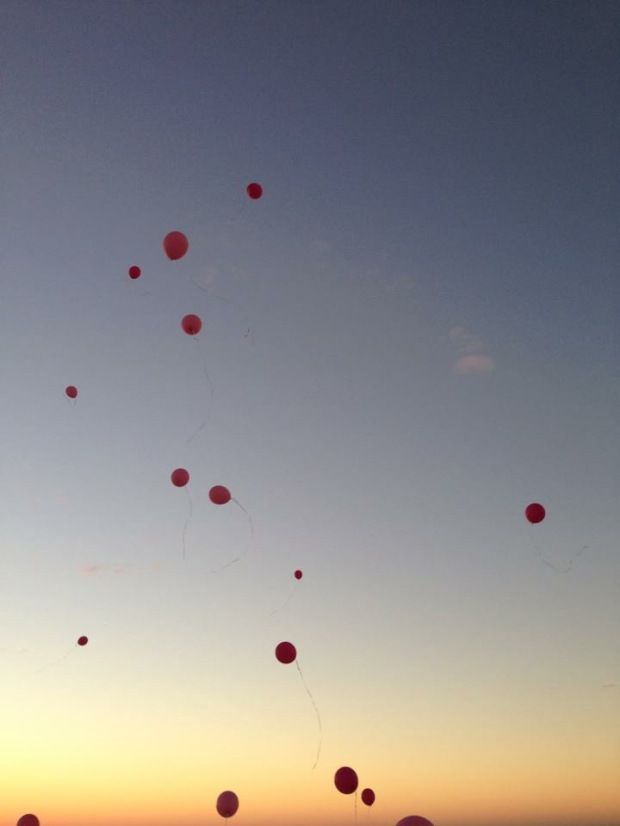 Last night, the same five girls, Jess and I met up again near the water to have a drink for Juvie’s 20th birthday. I catch myself being reluctant to accept their invitations, thinking it will be too hard or that I don’t need further reminders that she’s not here, but as soon as I see them all those thoughts float away.
Being surrounded by them, hearing them laugh, watching them take selfies and gossip about who has broken up with who, I feel like I’m getting an insight into what my step-sister would be like at this age.
I hope we keep this tradition alive, so I can see where these girls end up and have a glimpse of what kind of woman Rhiannon would have become.

This was the sunset last night – she’s still the light in all of our lives.
I love you Juvie, happy birthday!

3 thoughts on “Rhiannon Rings Like a Bell Through the Night.”