A few weeks ago (closer to a month, woops!) I was lucky enough to celebrate the engagement of a dear friend of mine… in BrisVegas!

Jill and I met in London on our individual European adventures, and as all holiday relationships go we fell for each other hard and fast. It’s been almost four years since we met, drank our body weights in cider and beer (that subsequently grew larger as the months past), went on trips to Denmark and France, laughed and, as corny as this will sound, made memories to last a lifetime.

While I headed home to Perth, Jill stayed in London for another year before returning to her hometown of Brisbane.
And lucky she did, because it was here she bumped into her future fiancé: Reuben.

Fast-forward a few years, and I sat on a plane on my way home after spending the weekend celebrating these two love birds. It was also around this time that I realised I left my camera with her, which is why this post is so horribly late. However, there is too much love in these photos, I couldn’t not share them with you. 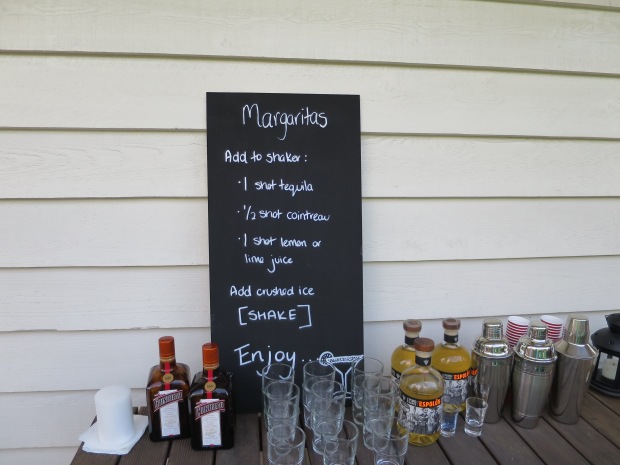 Given that it was the most humid weekend that Brisbane had seen for a while, these went down a treat!

The faces of people who couldn’t make it to the party (most are overseas or back in Perth). They came in handy later when the dancing begun, and we felt the need to include them all. 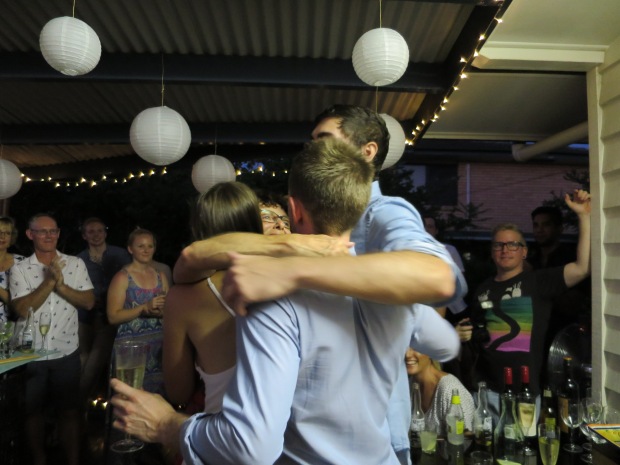 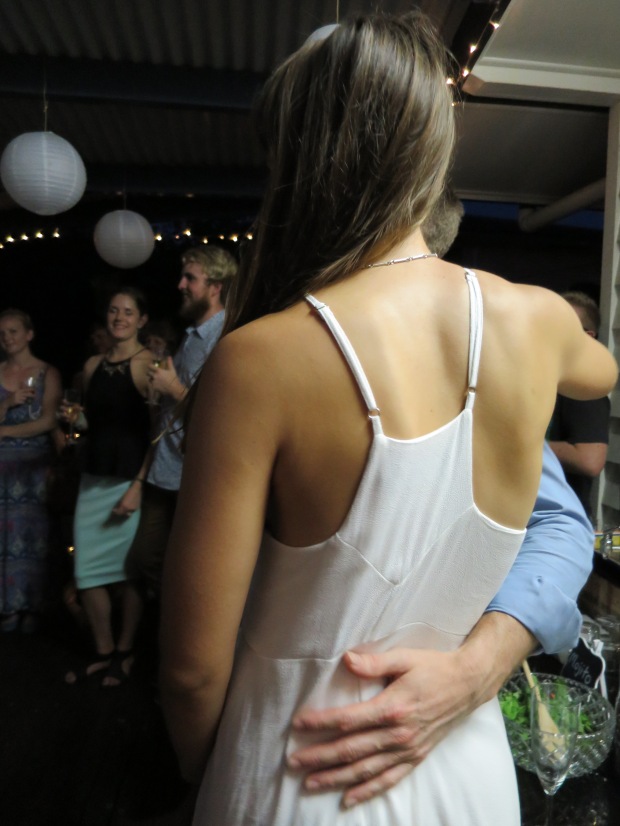 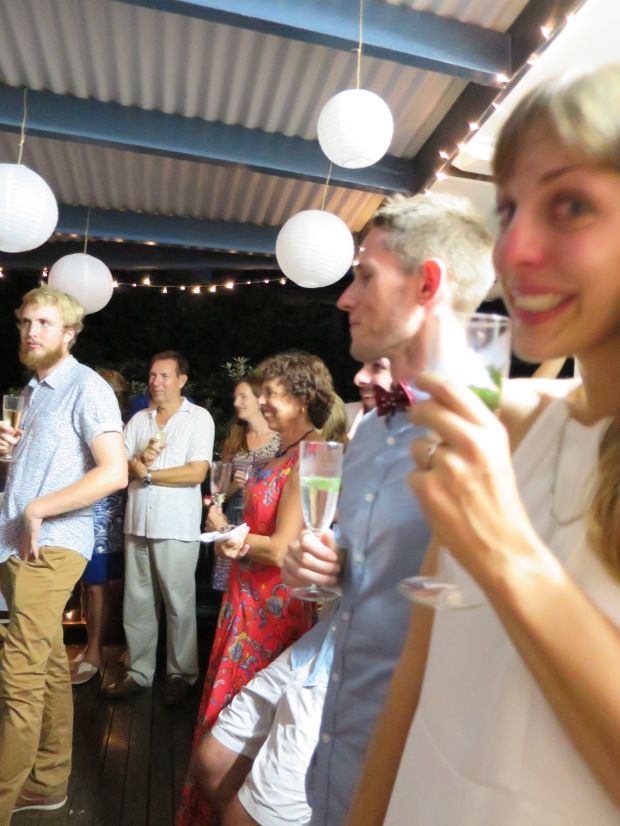 Jill’s Mum made the most adorable speech, using a whole string of rock climbing metaphors. As Jill and Reubs are crazy obsessed with climbing, this was the sweetest gesture – creating a couple of sneaky tears.

As busy as I was snapping away (ha! drinking and talking*) I never got a good shot of the loved up couple, so this one is courtesy of Reuben’s mum – who is kind of amazing, as a side note.

Happiest wishes to you two kids. Although you nearly made me vomit several times over that weekend (not just from the tequila), I have never seen two people so in love. Thank you for letting me share in that, and to see what it’s really all about.
In the words of Jillian “Love, love, love, noma noma nom”.