Back when we started planning this trip, Andrew suggested getting off the beaten track and heading in land for a few days. He figured we would probably have had enough of big cities, and want to see some of the countryside and quieter towns.

I LOVE THIS BOY.

The last few days have been so cruisey and full of the most amazing sights, that these photos absolutely will not do justice.

We started off with a VERY long drive to Lake Tahoe (we got an hour or so in before realising the road was closed off, and had to turn around and go another way). It also pissed down with rain the afternoon and evening we were there. 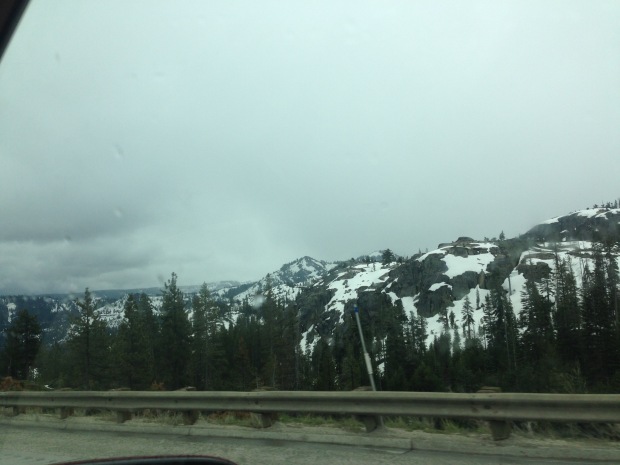 Despite this, it was one of the most beautiful drives either one of us has done, we had no idea there would still be so much snow on top of the mountains! 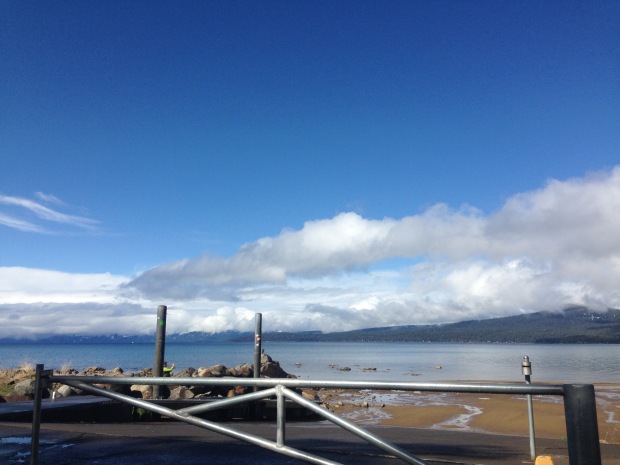 We didn’t have enough time to properly explore, we would have loved a few days here but had to keep moving.

Another five hour drive (I’m getting way better on the roads by the way, just not in cities – may have almost hit a parked car yesterday…) brought us to Klamath Falls, in Oregon. The quickest route took us just over the border into Nevada, before crossing back into California, which meant that we did three states in one day!

We hit the hay, preparing to wake up early and get going. I’d read about a lake in South Oregon that was highly recommended and was dying to check it out. It added an extra hour to our drive, and the park cost US$15 to enter, but I would pay it again and again for this view:

Quick facts and then I’ll shut up, I promise. Crater Lake is actually a basin of an erupted volcano, the deepest lake in the US and is the cleanest and clearest large body of water in the world.

And it’s so pretty! 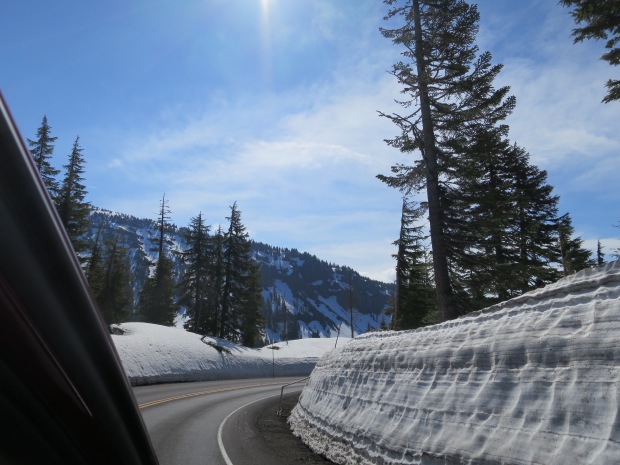 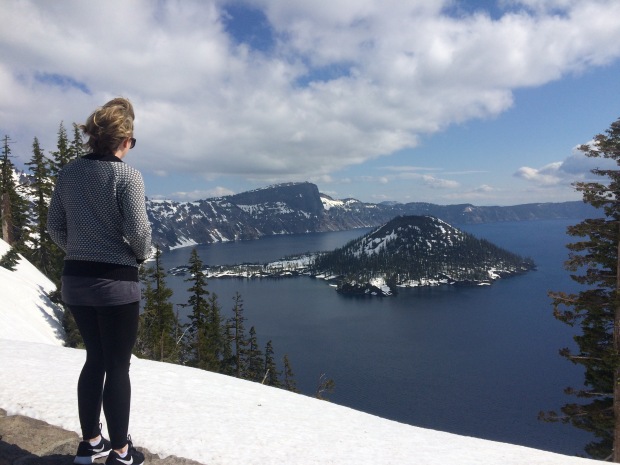 I’m quickly falling in love with this state. It’s so much greener and more beautiful than California, the drive into Portland was breathtaking. 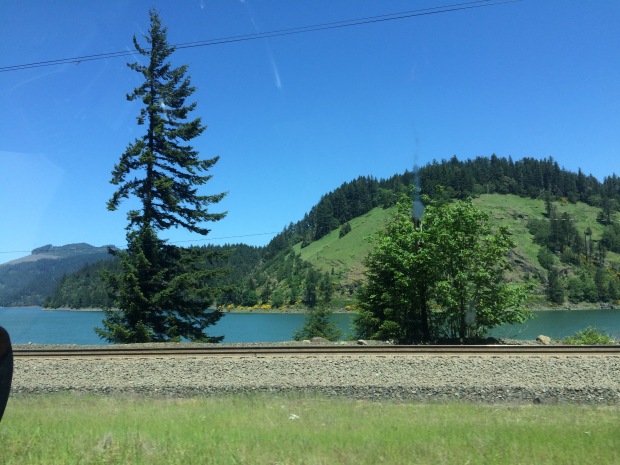 They also have some pretty tasty food, and beer is half the price. Winning! 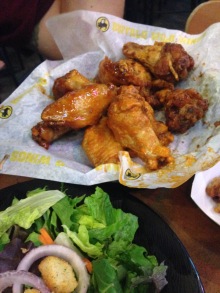 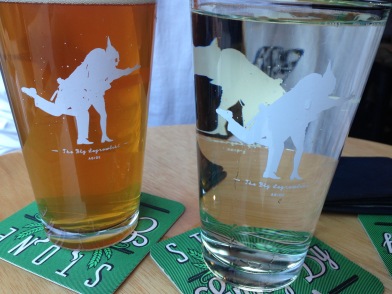